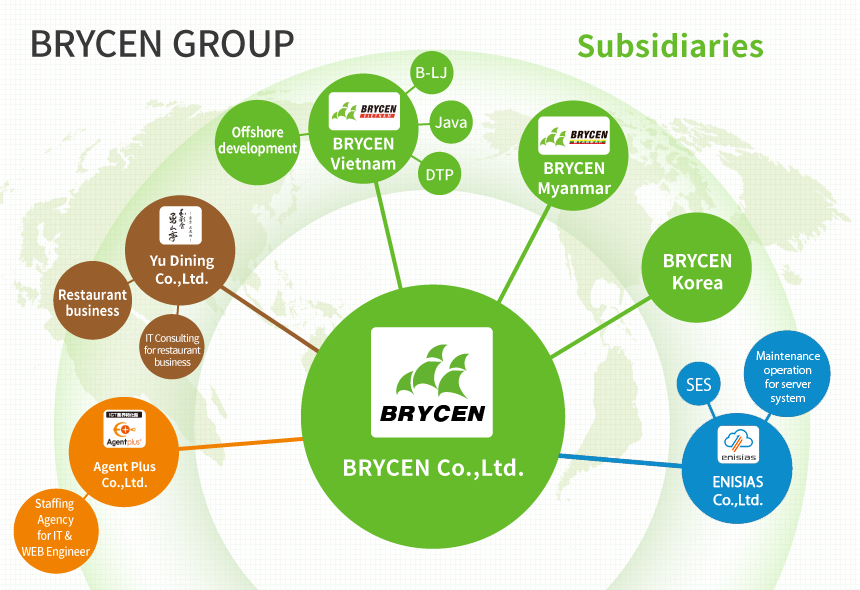 Welcome From Our Company

BRYCEN: a company that continues to evolve We provide optimal solutions with our world-Class technology and rich experience We tackle new challenges every day following our motto: Sail together to the Smart Galaxy

They happy with us!!!

We hired them because we believe that good service comes from compassionate people who are empowered to solve your problems.
We have received very positive feedback on the look and feel of the new customized software and website.

By 1962 March 2, a military coup was launched the Burma Socialist Programme Party Start the military regime According to the 2016 March 30, Aung San Suu Kyi led the National League for Democracy (NLD) Start the civilian government.
Myanmar who escaped from military domination by half a century, now, has been full of great hope.
The taxi driver Do you know what day is today? I we Do I look forward to this day how much.
I've Got to birth regime been waiting really is now public.
It is enough to be said.
Business also born many various opportunities foreign capital flows not limited to Japan.
People's lives will go become rich definitely.
However, on the other hand It creates many of the disparities, The gap between the rich and the poor becomes violently, Go more and more children who do not go to hospitals in rural areas.
It is also a fact that the darkness of the part of capitalism is larger.
Firmly grab out the result big business opportunity To a place not exposed to light We go against the light. It plays in Myanmar with great joy and strong resolution to that.

2016/11
Established Brycen Myanmar Company
In Myanmar, we have plan to expand in Solutions Business, System Development Business.
2013/12
Established Verumlib Company in Yangon
Our Brycen Japan is an enterprise that will perform to get perfect lives for Myanmar people together with growth of employees.